On June 3-4, 2022, the Canadian Association for Baptist Freedoms (CABF) will gather to celebrate our 50th Anniversary (click here for more details). Leading up to this momentous event, each week members of the FBCH congregation provide reflections on the life of CABF.

Our 50+ year journey with Canadian Association for Baptist Freedoms (CABF) and its predecessor body, the Atlantic Baptist Fellowship (ABF) was very much influenced by our early decisions as a couple coming from different faith upbringings.

We first met at a gathering of the Acadia Christian Community (ACC) in Manning Memorial Chapel at Acadia (later married there) and enjoyed being part of a welcoming, questioning, inclusive fellowship with other students and faculty from diverse faith backgrounds. Upon marrying and moving to Truro, we found our spiritual home at First Baptist Church Truro (FBC Truro). Unlike most other Baptist congregations at the time FBC Truro had open membership, and this meant that Sheila, upon affirmation of faith, transferred her membership to that Congregation with all the rights, privileges and responsibilities of a full member.

For me, the decision to join the ABF was a very personal one that probably was initially driven not only by the appeal of the people and fellowship but also from feelings of hurt and rejection. Jim and I were warmly embraced by FBC Truro, and the Church sent us as delegates to the Atlantic Baptist Convention in 1971. As it happened, the matter of whether non-immersed Baptists could be delegates was a topic for decision. The debate was rigorous and oppositional. The conclusion was that the Convention of Atlantic Baptists wanted only Baptists who were ‘Baptist by Commitment, not Convenience”- a quote from one of the speakers, not the actual motion. From that point forward, only immersed Baptists could be sent by local churches as official delegates to that body. That did not include me.

Shortly after that Convention, the Atlantic Baptist Fellowship was founded. Although I could not probably have articulated the Baptist Freedoms at the time, I knew in my heart that I was drawn to the ABF community that accepted and respected me for who I was and with whom I could join in broader fellowship in my faith journey.

My engagement with CABF deepened in recent years when I became a member of the CABF Council, first as Chair of the Constitution and Governance Committee, then in my current role as Secretary. One of the privileges I have most enjoyed was serving on the Strategic Planning Committee where we immersed ourselves in the CABF story, exploring and affirming what Baptist freedoms are, challenging ourselves to articulate who we are now and how we can add value to and support our members as we approach our next fifty years together. The CABF Vision is very simple –  Baptists freely seeking, living, sharing and celebrating justice, peace and love under the lordship of Christ. Our mission is to encourage and support churches, pastors, and other individuals to understand and affirm Baptist freedoms as they express their faith. CABF will do that through Proclaiming (what we know about the Freedoms) Convening (for the purpose of fellowship and growth in the Freedoms), and Supporting (one another as we live out the meaning of the Freedoms). The video we are showing on Sunday is one significant initiative in our Proclaiming focus (click here to watch).

ABF and CABF have been part of my spiritual journey too since the early1970’s. Many of our University era Christian friends have been leaders in the ABF\CABF movement. Always, our work was aimed at creating and sustaining a place where we could meet regularly, learn and enjoy the benefits of fellowship with like-minded Christians, many with a Baptist heritage. This all was nurtured in the light of our Baptist understanding of our faith and in an open inquiry among us into important matters impacting that faith.

Our local faith community, our shared Baptist traditions and heritage and the emerging understanding of real issues impacting the people where we live provided our context. First Baptist Church Halifax people have been deeply engaged in these types of initiatives with our fellow Baptists in Atlantic Canada since our founding in 1827. Often, due largely to the nature of the community we live in, our Church membership makeup and our capacity for addressing difficult faith issues collaboratively with our senior pastoral leadership over the years, we tend to hold contrary views.

My spiritual journey as a child started in First Baptist Church Halifax and ever since has always been imbedded in the Maritime Baptist and ecumenical context, but I have regularly found myself holding different faith views than those of my fellow Baptists in our Atlantic Region. That to me was OK because in the interaction and discussions with our fellow Baptist sisters and brothers we learn and grow together in our faith and in our works together. The problems start when we have “hardening of the categories”.

So, over the years with my work in our Church, in the Convention of Atlantic Baptists while we were a part of it and in my efforts since and beyond I have welcomed roles and initiatives that help build bridges of understanding and collaboration within CABF and in our wider Baptist community. That’s what CABF is all about to me, and happily its impact and importance is growing, and we at First Baptist Church Halifax have been an important cornerstone for creating and sustaining its work.  We need to continue to do that work with enthusiasm and energy.

The significance and importance of CABF for our own Congregation became exceedingly significant after FBCH decided to become a welcoming and inclusive community. When the Atlantic Baptist Convention incorporated under Canadian statutes, a provision in that incorporation was that all member churches had to commit to follow Convention policies. Those policies did not include inclusivity. We felt that the autonomy of the local church to make its own decisions with respect to inclusion would be overridden by the policy of the new body. Each member church of the previous Convention had to affirm acceptance of Convention policies as part of their continued membership in the newly incorporated body. As a Congregation, after much deliberation, debate and prayer, we decided that we would, reluctantly and with sadness, not continue our membership within the newly incorporated body. An immediate consequence was that our Clergy were at risk of losing their credentials if they were to perform a same gender marriage, even though it was consistent with our beliefs and commitments as a Congregation.

CABF rose to the challenge of supporting clergy who would be seeking a credentialing body with rigorous standards that also welcomed those who wanted their faith journey to be inclusive. With the notable participation and extensive, timeless contributions of many in our own Congregation (John Boyd, Marilyn Peers, Lee Nicholas-Pattillo and now Rusty as Chair), the Credentials Committee has enabled – and continues to enable – like-minded clergy to continue to serve as CABF credentialed clergy both locally and, now, in other areas of Canada.

CABF has been an essential component of our own journey at FBCH to be fully welcoming and inclusive. By supporting CABF, we support other individuals and churches – both locally and across Canada – who similarly wish to have faith journeys consistent with the Baptist freedoms we embrace. We also continue to support and participate in learning opportunities such as the upcoming Rushton Lecture this fall focusing on LGBTQS+ language, manners and grammar. And, of course, there is always the fellowship as well! 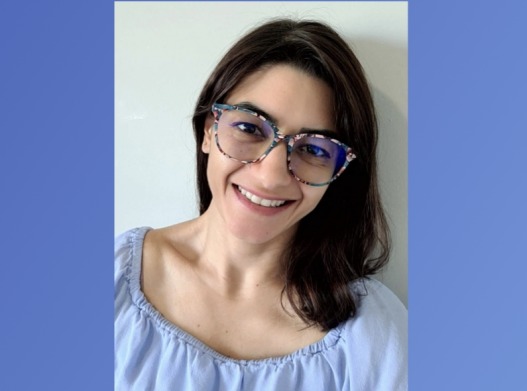