Earlier this year, the Congregation of FBCH requested that the Canadian Association for Baptist Freedoms (CABF) convene an Ordination Examining Council to consider the calling of Lic. Arla Johnson to the Ordained Ministry. Ultimately, Ordination is the work of a Baptist congregation, but at our best we do this work in partnership with those in our Association.

Tonight, November 15, 2022, the CABF appointed Ordination Examining Council, with three representatives from FBCH joining representatives from across the CABF (as far as Edmonton) to consider God’s calling on the life of Arla. Responding to a statement she prepared for the Council about her life, ministry, understanding of Christian practice, and sense of calling the Council posed questions and listened deeply to Arla’s responses. Several guests from across CABF and from our own FBCH community also joined in the FBCH Parlour to support Arla.

After listening to Arla, the Council deliberated and now returns to our Congregation their recommendation that we proceed with the ordination of Arla Johnson. Our Diaconate has already voted to send this recommendation, with their endorsement, to the Congregation on Sunday, December 4.

Following the announcement of the Council’s decision, I offered these comments and prayer for Arla:

In my opening statement tonight, I focused on Arla’s fulfillment of the CABF standards for ordination and between Neil Ritchie and I, we highlighted the gift that Arla is to our community—to the fellowship here at First Baptist Church Halifax, and to the larger Maritime community.

Rightly so, tonight we have focused on Arla as a sibling in Christ who has sensed a call to ministry and has opened herself to that calling… we have examined her gifts for ministry, her theological training, her commitment to Baptist freedoms… What is remarkable is what we have not done—we have not assumed that Arla’s identity as a married, lesbian, woman in any way disqualifies her for service as an Ordained Minister.

We did not gather tonight for the purpose of making history—we’re here to support our sister in Christ. And yet, I do not think we can depart without recognizing tonight as a historic moment not only for the Canadian Association for Baptist Freedoms but for Baptists across Canada and much of the world.

In a time when Baptist Conventions across Canada are hardening their borders, passing new identity statements meant to exclude married couples like Arla and Julie… threatening to discipline clergy for officiating same-sex marriages… we must acknowledge that this is an important night in the life of the Baptist witness of Christ’s barrier-shattering love. As an Association, we are offering the world a counter-witness to exclusion by practicing the all-inclusive love of Jesus, by acknowledging the work of Holy Spirit in the life of Arla Jonson.

And so I just have to say this… to say how grateful I am to be part of this Association of Baptists… we take our heritage of freedoms seriously, we acknowledge the work of God in all people.

Arla has already come to me and said—please, share this story, share it widely… not because she is seeking attention, but because she knows so many in the LGBTQ+ community are hurting because of the messages that the church has given them… As she said, if just one person reads her story or sees it on the news and because of that finds their way to a loving church—then it’s worth it. And we here at First Baptist Church Halifax are going to do our best to share this story across Canada.

Tonight’s recommendation from the Council will be going before the Congregation here at First Baptist Church Halifax on Sunday, December 4. Pending a vote of affirmation by the congregation we will work with Arla to find a date for her ordination service—and I do hope many of you will be able to join us (in person or by live stream).

Until then… join me in offering this Benediction:

Creating God, whose winds blow over the chaos of our world to speak light and life into being… God who scooped your hands into the soil of earth to craft humanity, blowing your very life-force into our nostrils…

God whose winds blew upon the sails of a ship that led the Apostle Paul to break new ground for the church, establishing the first church on European soil with a business woman named Lydia who was head of her own household…

Yes, you O God—keep blowing your winds upon your church, pushing us out of the chaos we create, out of the ways we enslaves ourselves and our neighbours, out of our fear-filled hideouts and into the wonder of your presence in our world and in our lives. Wild as the winds upon the sea, close as the very breath you’ve breathed into our lives.

God of the winds… We especially ask this night that your Spirit-Wind fill our sister Arla Johnson as she seeks to respond to your calling upon her life. Give her the courage and vision to see the possibility of her ministry among and with us… give us, her faith community the courage and vision to receive from her and give to her as together we seek to live out the liberating Gospel of Jesus Christ. Amen.

We have been breaking stereotypes since 1827, and our commitment to justice-love continues strong. I’m grateful to be part of the beautiful faith community we share here at FBCH!

This Advent-Christmas we celebrate our origins. Our family stories. Our congregational story. Our reading of the origin of Jesus.
Read More 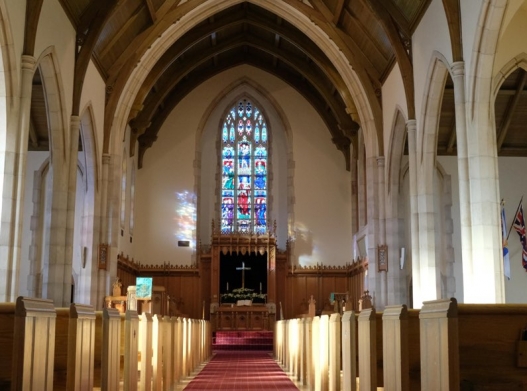 In September 2022, FBCH celebrates its 195th anniversary. As we continue living in pandemic-shaped time and approach a generational turning point in the life of our church, I believe this is a time to celebrate sabbath together—to make this a year of Rest, Reset, and Renewal.
Read More