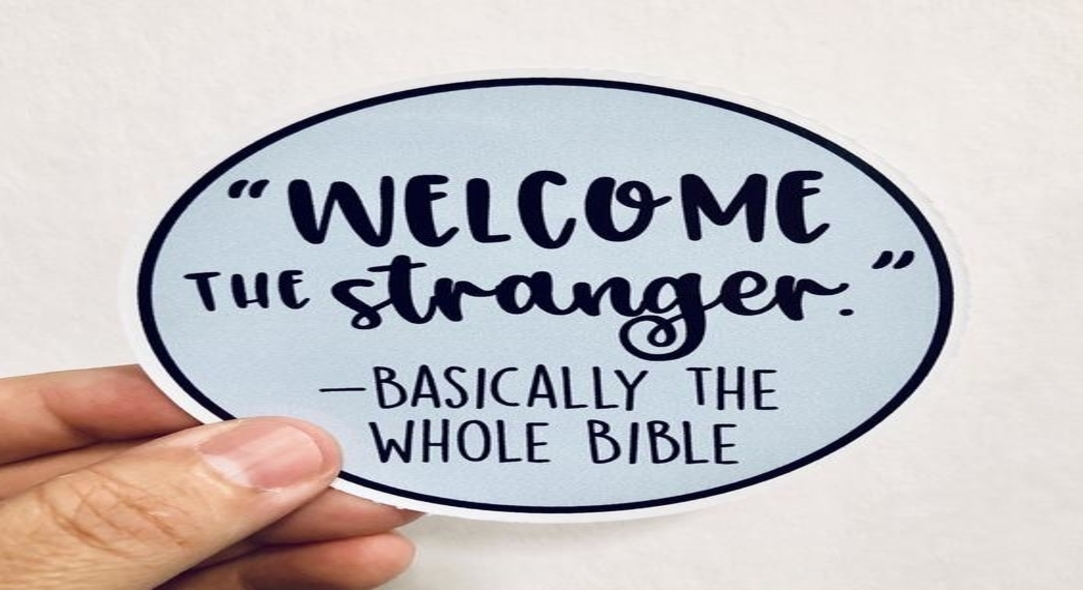 In January 2020 the congregation voted to form a new Standing Committee called the Refugee and Newcomers Committee to deal with refugee issues over and above the work of the Refugee Working Group. The latter group, which was formed in October 2015 as an ad hoc effort  to assist Syrian refugees,  had committed to continue to provide support for Khatro Hussein and her two boys who arrived in July 2019 and to work to reunite members of her family including a very young son and her husband. At the same congregational meeting the decision was made that if there was no positive movement by the end of April 2020 on the file of the Syrian family we had been trying to sponsor since 2015 that we would withdraw that application and request the return of the FBCH monies held in trust by ISANS  ($19,374)

Much has happened for FBCH since January on the refugee front despite the fact that COVID-19 caused activity on sponsorships to slow almost to a halt as Canadian Embassies and High Commissions around the world closed down operations.  This report is meant to bring you up to date.

REFUGEE AND NEWCOMERS COMMITTEE: (RNC)
This committee was formed over the summer and met for the first time in September. Members of the committee are Shelly Currie; Kim Harper-Givens; Rhoda Lemphers; Bill McInnis; and Sandra Murphy.

RAISE CO-SPONSORSHIP:
Under its purview comes the partnership with the RAISE Group formed to sponsor Gabriela Queiros, her daughter Anatasia and Gaby’s mother Valentina Queiros. This family is Venezuelan and currently living as refugees in Peru. Information was circulated on this effort and a congregational vote taken on-line in the summer allowing First Baptist Church Halifax to become co-sponsors on an application submitted in September through the Anglican Diocese, which had agreed to be the Sponsorship Agreement Holder. That application has since been accepted by IRCC to go forward but COVID -19 will slow this process.  Most of the work in drafting the Memorandum of Understanding between the church and the RAISE group was undertaken by David Mores and Clyde Evans. Sandra Murphy is acting as liaison with the RAISE Group on behalf of the RNC and the church. The amount needed for the sponsorship (approximately $ 29,000) has almost been raised and will be held by the church until it can be distributed to the family on their arrival. The fundraising campaign will be closed soon.

SWEEDANS:
In April, as agreed by the congregation, ISANS was informed that FBCH wished to withdraw its application for the Sweedans. At that time security clearance for Amjad, the family father, hadn’t been approved and it looked highly unlikely that the family would ever be coming to Canada. ISANS accepted this request and a previous request for the return of the FBCH Trust Fund monies minus the amount needed to support Khatro’s husband if and when his application to come to Canada was approved. (This would leave approximately $5700.) We were informed that both requests were in progress but were delayed because of COVID-19. Quite by accident in October it was discovered that Amjad’s security clearance had come through and that FBCH was still seen as the sponsor for the family. Follow up with ISANS resulted in that organization’s decision to maintain the Sweedan file on its own. After many apologies for the misunderstanding ISANS requested two things, firstly that we consider leaving the $5700 dollars with them for support of the Sweedans and that we help with family settlement in some way. The first request could not be agreed to as the funds were already allocated for repayment of the Khatro Hussein’s Travel Loan. The RNC discussed the second request and agreed that our ability to assist with settlement would be depended upon the timing of the Sweedans’ arrival in Canada and the demands  at that time on FBCH’s human resources for other refugee efforts. We were able to help, however,  by identifying a person connected with the Sweedans  who might help with this effort.  He has since agreed and is recruiting a team to help out with settlement if and when the family does arrive. In addition Kim Given from the RNC has agreed to act as FBCH’s representative to this group and to ISANS when it is clear that the Sweedans are actually coming and is willing to provide support for settlement.

REFUGEE WORKING GROUP:
This group continues to support Khatro Hussein and her two boys Abdimajib and Abdirahmen. Over the summer the group and members of Men at Work helped move the family to a new apartment. The family is much happier with their new place and are busy with school, work and religious life at the Dartmouth Mosque.

In the meantime effort to bring Abdihafid, the two year old left behind with his grandmother in a refugee camp in Kenya, has ground to a halt because of COVID. The application for Khatro ‘s husband to come to Canada is currently being worked on by Katharine Bowlby from the Refugee Working Group in partnership with ISANS. The plans are for the application to be submitted to IRCC by December 1st. Again the processing of this application in the field will undoubtedly be delayed by COVID.

PS – Please feel free to contact me at smurphyhfx@gmail.com if you have any questions about this report and the refugee effort at FBCH.