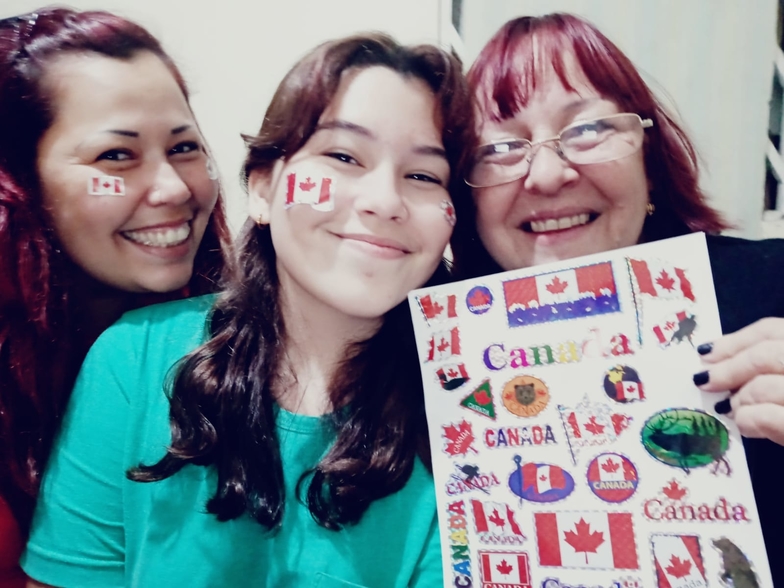 First Baptist Church Halifax, through the Refugee and Newcomers Committee, has partnered with a community group called RAISE to co-sponsor the application of the Quieros family (mother , daughter , grandmother) from Peru, where they are refugees, to come to Halifax. We are also working with the Anglican Diocese of NS and PEI which is the Sponsorship Agreement Holder for the application.  Below is an update from Amy Schwartz, who chairs the effort:

It’s been more than 18 months since the FBCH started its collaboration with the RAISE sponsorship group to bring Venezuelan asylum seekers Gaby, Ani and Valentina to Canada. We’d hoped that, by now, we’d be sending you a celebratory email about their arrival.

Unfortunately we’re not there yet.

Things are moving very s-l-o-w-l-y. Nothing has progressed since October 2020, when we found out that our sponsorship arrangement was approved and their application had been received for processing by Immigration Refugees and Citizenship Canada (IRCC). We understand that the global refugee system is under a great deal of pandemic strain, in addition to other refugee crises which have further diverted Immigration Canada’s processing resources.The RAISE group and the FBC have written letters and made inquiries to politicians and the IRCC, but they gave no indication as to how long it could take before we get news of next steps.

Gaby, Ani and Valentina remain focused on their big dream of coming to Canada. This is what keeps them going through the insecurity of not having a clear status in Peru, the trauma of being regular targets of xenophobia and misogyny, and the anxiety of underemployment and poverty. But without any idea of how much longer the process might take, Gaby and family are struggling to stay optimistic. Their mental health is suffering and their hope is waning.

As a sponsorship group, we’ve had to stall our eager plans for their settlement to focus on getting them through this prolonged waiting period. We’ve been passing the hat among ourselves to send them money each month to try and cover their basic housing, food and medication, as Gaby and Valentina’s options for work are limited to the odd underpaid cleaning gig or sex work (which they won’t do).

Their situation has become particularly urgent because

Our group is also worried about the ongoing trauma that Gaby, Ani and Valentina suffer from their daily lives in Trujillo, Peru. They are nervous to leave the house as they are subject to random verbal and even physical attacks because they are easily identifiable as Venezuelan. It is humiliating and sometimes risky for them to seek medical attention when needed, as they’ve waited for hours in hospitals and then not been seen, seemingly because they’re Venezuelan. Trying to get to a job can be scary for them as Valentina was arbitrarily detained and imprisoned for a night during a COVID-lockdown on her way to a temporary job despite having an official permit to be on public transport. COVID remains a significant issue in Peru. Thankfully they all managed to get vaccinated last autumn.

We’re deeply concerned for Ani’s mental and physical health. She faces bullying for being Venezuelan and her schooling continues to be online. And they still haven’t been able to get a neurologist for Ani’s epilepsy.

We’re doing our best to keep their hopes and spirits high with regular notes of encouragement, and reminding them there’s a lot of people rooting for them in Halifax. But it’s clear that things are not easy and the indefinite process is taxing on all of us.

On a happier, more fun note!

Ani celebrated her 15th birthday recently. The quinceanera birthday is a very big deal in Venezuela and Peru. Our group sent surprise extra funds their way to pay for a cake, party refreshments and a gift – so she felt grandly celebrated on her special day. Neighbours and friends provided chicken, potatoes, decor, hair and makeup and the group’s contributions enabled her mom to gift her a dress and shoes for the occasion.

In order to continue and expand our efforts  in supporting refugees, funds are needed. You have  been generous with your gifts in the past and we ask you to consider making a donation to the Social Justice Fund, 80 % of which will come to the Refugees and Newcomers Committee. You can also make weekly donations through your envelope, on-line at our website  or through the  pre-authorized option.