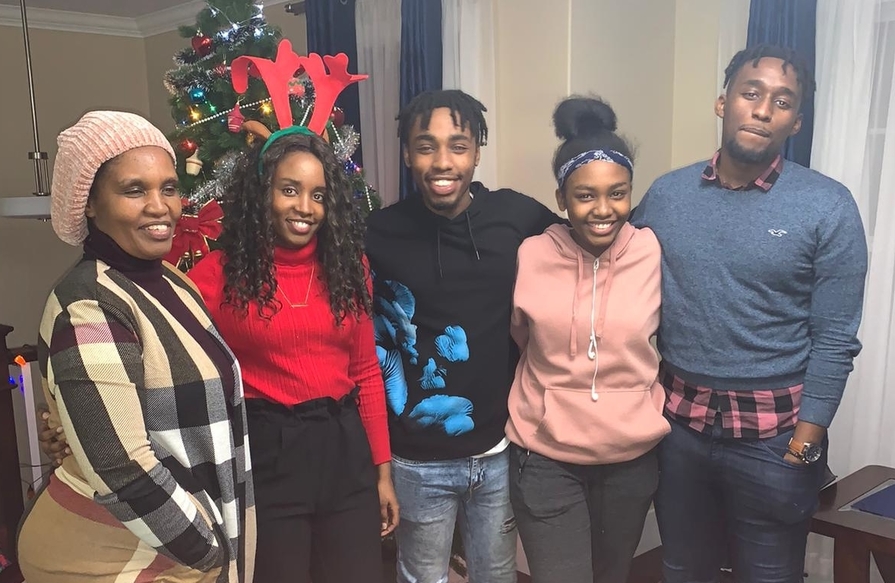 Plagene Bwiza and her four children Chadia, Prince, Yassim and Chiama , refugees from the Democratic Republic of the Congo, arrived in Montreal in 2017 where they expected to be met and supported by a private sponsorship group for their first year. This group had dispersed, however, and there was no financial  or settlement support awaiting them.  Because they had come in under a private sponsorship agreement the family was not eligible for federal or provincial income support. A contact they had in Halifax was able to provide funds for bus tickets to Halifax. On their arrival various settlement organizations and individuals who heard about their plight reached out to help them find accommodation and jobs for Plagene and her older children.

A call went out through a group called the Sponsorship Roundtable for groups that might provide a level of financial support for the family to supplement what they were able to earn and to provide some stability until the family became eligible for government support after a year in the country. At that time FBCH was in a holding pattern of increasingly long duration in its attempt to bring a Syrian family to Halifax. It therefore felt able to able to partner with the Universalist Unitarian Church of Halifax to provide monthly payments to the family for a period of six month.  In the agreement we signed with the UUC we highlighted that “although Plagene Bziwa and her two adult children have been diligent in finding work to support themselves, we recognize that their time would be better spent working on improving English skills instead of working at low paying jobs. These older children also need to upgrade their schooling, to prepare for higher education.”

The family has been following that path ever since and continues to study, get qualifications and work and contribute to society. In 2019 the family came to FBCH to offer thank to the congregation for its support. Chadia, the eldest daughter, gave a very heartfelt message of thanks on behalf of them all. She also gifted the church with a lovely painting she had done.

As a result of this visit Plagene decided to become a regular attendee of the church. She liked the service and the music. Her attendance has been supported by Marilyn Peers who before Covid was driving Plagene  most Sunday mornings. Plagene has continued to follow the church services on line and we look forward to welcoming her back as things get back to normal.

In talking about the family it is only right to acknowledge a special volunteer Virginia MacDonald. She is individual acting on her own with no church or organizational affiliation but who took the family under her wing and has been an advocate and a friend for them in all the many challenges they have been through in settling in to a new country and community. She exemplifies the power of the individual to make a difference just by opening one’s eyes and reaching out to act.

FBCH was only able to provide help to Plagene and her family by having reserve in the refugee fund. The Refugee and Newcomers Committee needs funding for our current ongoing commitments but also to be able to act when we have the opportunity to help with short term and limited requests. Please consider donating to the Social Justice Fund. We are trying to raise approximately $22,000 for the work we have planned for the next three years. At the moment we are getting close to $10,000. Please help us reach our goal by making a special onetime donation or by monthly or weekly contributions and through your continued prayers for our work.