Ok folks, I’ve got some spare time, and assuming you do too, here is an explosion of Renaissance music to explore. Of course, music evolved gradually; the titles of Medieval, Renaissance, Baroque, etc., being assigned later. One style could overlap the other, and explosions of creativity were greatly dependent on social stability.

Feel free to explore even one of the composers outlined below, or take off on a tangent of your own design.

Today I will explore the Kyrie text, which we are familiar with from last month’s blog, and in the next blog, the Magnificat text, which are two of the most commonly set texts in Christian music.

Polyphony: 2 or more lines of music, which could each form a melody and yet harmonize with the other. The Renaissance period developed polyphony to such a degree that it formed the basis of music theory and became a foundation for the Baroque period following.

The musical Renaissance is dated 1400-1600, about a hundred years after the beginning of the Renaissance in the other arts. The music of the Renaissance was influenced by the rise of humanistic thought; revival in interest in ancient Greece and Rome; new innovations such as the printing press and the compass, the rise of the bourgeois class, and the Protestant Reformation. The most important musical development in the Renaissance was the change in musical language, from Medieval monody to the polyphony of the Franco-Flemish school. The invention of the printing press allowed the disbursement of this knowledge in an unprecedented manner. This new spirit manifested itself in the painting and sculpture of Michelangelo, the plays of Shakespeare, and the polyphonic music of composers such as Ockegehm, Dufay, Josquin des Prez, Palestrina, Tallis, and Byrd, and created a bridge into the fantastic music of the Venetian musical world of Gabrieli, Monteverdi, and Vivaldi.

In the last blog, we heard the “Kyrie” text by the Medieval composer, Hildegard of Bingen.  It is hugely  unfortunate that social circumstances kept women composers out of the limelight, however, there were some brave individuals that persevered:

Burgundian School – Refers to the group of composers, musicians and singers, who served in the chapels of the Dukes of Burgundy during the early part of the 15th century. Two known Burgundian composers are Gilles Binchois and Guillaume Dufay. Composers belonging to the Burgundian school are known for their polyphonic compositions for 2 to 3 voices. The Burgundian School is often joined with:

Franco-Flemish School – Also known as Netherlands School; 15th century composers in demand in the princely courts of France, Germany and Italy. Most notable of these composers are Johannes Ockeghem and Josquin des Prez.

Venetian School – Refers to the group of composers who worked in Venice 1560-1610, which became the center of musical activity during the 16th century. Giovanni Gabrieli and Claudio Monteverdi are the most well-known composers of this school. This is connected to:

Bolognese School – Refers to the group of Baroque composers who worked in Bologna during the 17th and 18th centuries. Arcangelo Corelli, nicknamed Il Bolognese, and Antonio Vivaldi, fondly called “The Red Priest,” were among the known composers of this period. Chamber and orchestral music evolved during this time.

To choose just one of these composers is unfair, but I invite you to explore the music of any one of these at your own leisure.  I will choose to dive in to the works of composer, Josquin des Prez, of the Franco-Flemish School.

Josquin des Prez (c. 1440-1521) studied under the earlier Renaissance master Johannes Ockeghem. Throughout his life, des Prez was by far the most sought after composer in all of Europe. He was born in the Dutchy of Burgundy, now Belgium, and spent his life living in various Italian cities, retiring to Condé in Northeast France.

Des Prez helped to spread polyphony in Northern Italy. In Josquin’s extended works, a certain subtlety and serenity were always included, (a characteristic of the Franco-Flemish school). The repertoire of his music surviving today is rather large and is made up of motets, masses and secular songs, in both French and Italian. He was a master of four-voice and other large textures, as well as parodies, light songs, and French chansons. Because of his human quality, quantity, and technical mastery, Josquin is still extremely renowned and respected as a composer today. Listen to this example of one of his Kyrie settings; how inventive, delicate, playful, and masterfully composed it is!

After des Prez came another of my favorite composers; Giovanni Pierluigi de Palestrina (1525-1594). Palestrina was born in the small town of that name just outside of Rome, and he spent his entire life in and around the Eternal City. During his career he served variously at what were then the four most important musical organizations in Rome: the choirs of the basilica of St. Mary Major, the basilica of St. Peter, the Cathedral Church St. John Lateran, and the prestigious Sistine Chapel. Palestrina lived during the time of the Counter-Reformation, when the most progressive sort of polyphony in religious music was under attack. When Pope Marcellus II assumed the throne of St. Peter in April 1555, it is told that he took the singers of the Sistine Chapel aside and urged them to select a repertoire that was appropriately solemn and to sing in such a way that everything could be properly heard and understood. The story is that Palestrina immediately dedicated a Mass, the Missa Papae Marcelli (1555) that conformed to papal dictates, and he dedicated it to Marcellus. Recent scholarship is that he composed it 1562, but the story is better the first way! The simple, declamatory style of Missa Papae Marcelli convinced the Pope that polyphony could be intelligible, and that music such as Palestrina’s was all too beautiful to ban from the Church.

Meanwhile, over in England, Thomas Tallis (c. 1505 – 1585) was a musician since boyhood in the Chapel Royal of St. James’ Palace, moving onto Organist at Dover College, then London’s Waltham Abbey, and later Canterbury Cathedral and once again back to the Chapel Royal, where he stayed for 42 years, composing and performing for Henry VIII, Edward VI, Queen Mary, and Queen Elizabeth I.   Throughout his service to successive monarchs as organist and composer, Tallis avoided the religious controversies that raged around him, though, like William Byrd, he stayed an “unreformed Roman Catholic.” Tallis was capable of switching the style of his compositions to suit the different monarchs’ vastly different demands. It is amazing that Tallis retained respect during a succession of royal rulers and opposing religious movements and deflected the violence that claimed Catholics and Protestants alike.  His versatility and invention are obvious in this timeless rendition of “If Ye Love Me”, an example of Rennaissance polyphony on an English text, in a simple harmonic fashion, similar to what we heard in Palestrina’s excerpt earlier. 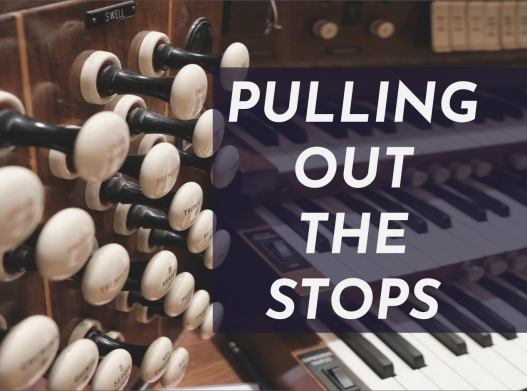 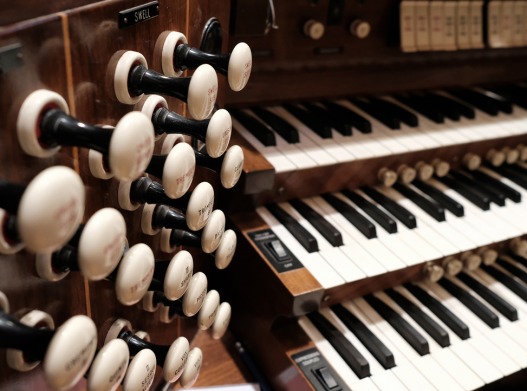