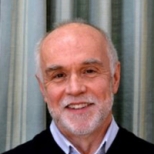 In Memory Of Brian Stonehouse

Brian William Everett Stonehouse P.Eng.
We are heartbroken to announce the passing of Brian William Everett Stonehouse P.Eng. beloved husband, father, grandfather, son, brother, uncle, and cherished friend on October 29th. Brian was born in Amherst on February 4, 1951, the younger son of the late Lloyd and Queenie (Rutherford) Stonehouse. Brian is survived by his wife, Joanne (Darragh) , his daughters, Julianna and Erin (Colin Oldreive), his grandchildren, Owen, Luke, Lily, Brian and Jack, brother, Donald (Barbara) Stonehouse, sister in law Edie (Robert Clifton) and his nieces and nephews, Suzanne, Peter, Andrew, and Jennifer. He is also survived by his aunts and uncle,James and Mary Rutherford, Marjorie Skinner, and Dorothy Steeves.Brian was a proud graduate of Acadia University and TUNS and began a very successful career as a civil engineer with the Nova Scotia Provincial Government in 1977. He was very honoured to have been made a life member of APENS in 2016.Throughout his working life he was a dedicated public servant known for his extremely honest and direct style of leadership. These qualities served him well when he filled Deputy Minister positions in the Departments of Housing and Municipal Affairs and Transportation and Public Works. Following retirement in 2005, Brian enjoyed travel, woodworking, antique car restoration, and home renovation projects , but most of all he cherished family time at the cottage with his beloved grandchildren . It follows naturally that his Celebration of Life will be held at the cottage, hopefully in the summer of 2021.We would like to thank our wonderful family, friends, and neighbours both here and at Amherst Shore for your love and support during this very difficult time.We will be forever grateful. In lieu of flowers, for those who wish, memorial donations may be made to our local Hope for Wildlife and First Baptist Church, Halifax