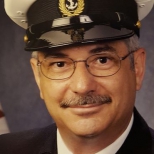 In Memory Of Clive F. Foster

Clive Francis Foster, son of the late Evangeline and Gordon Foster, died after a brief illness on August 21st in the Halifax Infirmary, QEII. Clive served as a Bos’n in the Canadian Navy for 33 years, rising to the rank of Chief Petty Officer Second Class before retiring 12 years ago. He then attended Nova Scotia Community College to graduate with a diploma in cabinetmaking. He is survived by his loving wife of 42 years, Alana (Eisan) Foster; his son, PO2 Ian Foster; brothers, Gordon (Helen), David (Marianne) and Stephen (Judy) Foster; nieces, Shelley (Norm) Lancaster, Stephanie (Ryan) Old field; nephew, Anthony (Gabriella) Foster. Also, the family of his heart, Michael, Natalie, Alexandra and Benjamin Burke and best friend, Merle Matthews. He was predeceased by his parents and brother, Raymond. He will be missed by his brothers-in-law, sister-in-law and nieces and nephews, having been among them since he was 16 years old; the Foster and Sampson cousins and his surviving aunt, Melinda (David Sampson, John) Nolan. He leaves a big hole in the monthly card games and gatherings with a close-knit group of friends whom he and Alana had been part of for most of 30 years, and other long-time friends and neighbours. The family wishes to thank the nursing staff of Unit 7.4 of the Halifax Infirmary and the Neurology Team who took such good care of Clive and supported us as we sought to identify and heal his rare illness. Family flowers only please. Donations to a charity of your choice in his name will be appreciated. There will be no visitation. A Memorial Service will be held Wednesday, August 28th at 10:30 a.m. in St. John the Evangelist Anglican Church, 954 Old Sackville Rd., with a reception to follow in the church hall. A private family committal will be held at a later date. Online condolences may be sent to: Atlantic Funeral Homes, Sackville