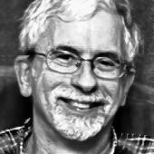 In Memory Of Jim Enman

Aged 66, passed away on May 2, 2020, after a courageous battle with leukemia. He was the son of Donald Enman and the late Constance Enman. While he left us too soon, Jim lived a fulfilling and whole life. Born on an air force base in France on January 31, 1954, he spent his childhood travelling frequently as the son of an air force pilot. After spending time in Ottawa, Ont., Jim’s family settled in Nova Scotia. Jim attended Acadia University in 1973, an experience he relished. He joined the student union in 1974, and was elected president in 1975. He graduated with a degree in political science with honours in 1977. The following September he attended Dalhousie University and graduated with a law degree in 1980. During this period he completed a summer internship with the RCMP as an auxiliary member, an experience which provided him with many stories of adventure. In 1982 he met the future love of his life, Christine Ann Crowdis. Together they raised five children, of whom Jim was immensely proud and overwhelmingly supportive of throughout their lives and endeavours. He enjoyed a successful and fulfilling legal career, but he always maintained that his loving family was his greatest accomplishment. “Gramps” was a favourite amongst the grandkids and always brought about a smile or a giggle. Jim was a music enthusiast and enjoyed nothing more than talking music amongst friends at ‘Rick’s Café’ on a Friday afternoon. He was an avid sports fan, playing, coaching, and watching a wide variety. Jim was also an active member of the Nova Scotia Chess Federation and an ambassador of the game, sharing his knowledge with his children and grandchildren. Jim’s family is extremely grateful for the kind and dignified care provided by the 8A/8B hematology staff at the VG, with special mention to Nebojsa Sparavalo who Jim and his family considered a close friend and whose compassion cannot be understated. In addition to his father, he is survived by his wife of 36 years, Ann; his children, Charles (Angela), Duncan (Katie), Angela (Bruce), Curtis (Sarah), Luke (Kathryn); his sisters, Kelly Becker (Bob), Cathy Cosham (Paul), Carole Chittick (Chuck); his grandchildren, Harrison, Aiden, Kiersten, Parker, Claire, and Charlie. He was predeceased by his mother, Constance. The family is planning to hold a celebration of life at a later date. In lieu of flowers, donations may be made to the Leukemia & Lymphoma Society of Canada.