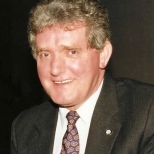 In Memory Of John Conn

It is with great sadness that the family of John Kirk Conn announce his passing on August 21, 2021, in Hospice Halifax with his wife by his side, after a battle with various illnesses and ailments.

John was predeceased by four older sisters, and is survived by three younger sisters, Phyllis, Liz and Janette, and a younger brother Tony.

After living in various rural locations of southern England to avoid the bombings during the Second World War, John immigrated to Toronto in 1950. After five years of service in the RCAF (1951-56, Greenwood and Saskatoon), he joined the Halifax Police Department, serving in the Patrol, Motorcycle and Detective Divisions, retiring in 1989 as Sergeant of Ticket Inspection and receiving the Meritorious Service Medal. After six years with Industrial Security at Sears, he settled into retirement, spending as much time as he could with his family and friends at Conn’s Cottage on Cockscomb Lake and travelling with Eva and friends to various locations in Canada, Europe, the Caribbean and Alaska.

John was very active in his communities. He was Scoutmaster at 7th Halifax (First Baptist) and served as District Commissioner for Halifax South. As a member of First Baptist Church, he was active on many committees and served as a Deacon for 22 years. After serving as Secretary of the Halifax Police Association for several years, he became President and a founding member of the Police Association of Nova Scotia. He was a founding Executive member of the Halifax Retired Police Association. He was a member and a past President of Tel-Star chapter of Toastmasters International. He was on the Board of Directors of the Halifax Civic Credit Union, serving as chairman for five years.

John was a five-time Past Master of St. Andrew’s Lodge No. 1 G.L.N.S. and is the only Brother to do so in the Lodge’s 271-year history. Brother Conn received a Long Service Award as Secretary and the Meritorious Service medal. He was a Past District Deputy of 1st Halifax District. He was a member of all three bodies and Past Commander-in-Chief of the Nova Scotia Consistory in Scottish Rite, and coroneted a 33rd degree Mason in September 2005. He was a Noble of Philae Temple Shrine and a Knight of the Royal Order of Scotland.

In lieu of flowers or cards, donations in John’s memory can be made to First Baptist Church, Halifax, Hospice Halifax or a charity of the donor’s choice.

Our Family would like to thank Bayshore, Hospice Halifax and many individuals and organizations that provided medical care and support to John over the last few years.

Online condolences and sharing of memories can be made at: www.JASnowFuneralHome.com

“With the life I have had, when I pass to the next world,
I will be a happy man.” Gone Home.