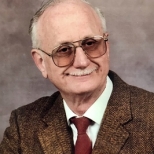 In Memory Of Mac Phillips

“Mac” Malcolm Mebane Phillips
May 25, 1934 – Mexico City – April 13, 2020 – Fox Point, NS. “Mac” Malcolm Mebane Phillips of Fox Point, NS passed away Monday, April 13, 2020 at the age of 85. Throughout his life Malcolm’s passions were for music and the community of church. Raised in Laredo Texas, Malcolm was forth of five children of Ellen Ramsay Phillips and Rev. Harry Augustus Phillips. Later he graduated from Boston University, served in the US Navy, completed studies at the New England Conservatory of Music and performed in various orchestras in Argentina and Mexico, and finally Halifax. Malcolm spent his golden years immersed in music, as an active member in the church and choir at First Baptist Church in Halifax and also participated in numerous chamber music ensembles in Halifax as well. He loved music and pursued it to the very end. The family wishes to express special gratitude to Catherine Doane and Ivor Rothwell for their friendship and support to Malcolm during his final years. Malcolm is survived by his three sons, Samuel, Jonathan and Benjamin, their loving partners Connie, Tanya and Kasia, and two grandchildren Evan and Peyton. Cremation was performed by Ronald A. Walker Funeral Homes in Hubbards, NS. A memorial ceremony will be held at a later date. Online condolences can be made to www.rawalker.ca.